In previous years, we posted some remarks that drew many positive comments from coaches, team members and parents, so we decided to repeat those comments, even in this crazy year! If you read these comments last year and didn't "Step Up" and do your part on the team, this is your opportunity to do so this year!

Now is the time for those easy runs on hot summer days just to get into it! Your body needs the slow build-up to perform well in the future, and your mind needs the habit of discipline necessary to become a great Cross Country runner!

Run on the hot days!

Run on the rainy days!

Run even if it snows!

In addition, this is the time to generate the team spirit and togetherness that will carry you though the tough times! Don't run alone unless you're really stuck! Don't run behind someone on the runs because that's what you've always done! Get up front and set the pace! Pick the guys who have incredibly positive attitudes, the ones who don't make excuses, and avoid those who do! The military does this well, whether you're Seal Team 6 or 1st Special Forces, you train as a team and no one lets down the team! Everyone is important in achieving the goal and no one slacks off! YOU are an important part of the team and you need to recognize that! 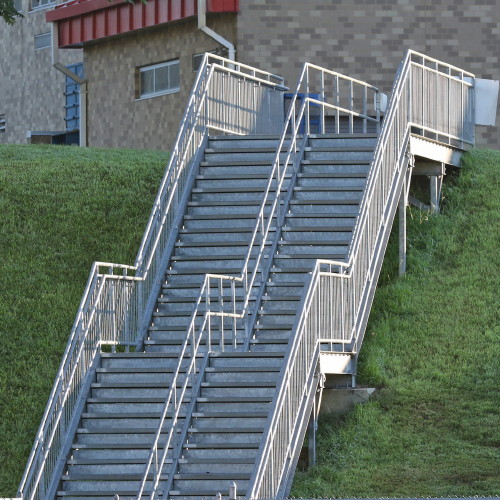 ~~ The Summer of the Coronavirus ~~

We always want to see the runners come together as a team for summer runs but, faced with the many insane aspects of the Coronavirus, one thing we don't want is to see someone come down with the virus! Training individually is very difficult but training in small groups, and allowing some room among the members of that group while training, seems to be a reasonable way to deal with the virus. Just don't be careless! You CAN be infected by the virus and you CAN easily spread it to your family, friends and teammates! At this point in Mid-August, New Jersey is doing relatively well in limiting the spread of the virus but don't get cocky: It's out there and it's dangerous!

So far, we've missed last Spring's Track Season, the Marlton Mayor's Cup 5K, and RunningWorks Cross Country Camp, not to mention all the future meets that have been cancelled . . . stay paranoid about the virus and maybe . . . just maybe . . . we'll get to compete in the now-shortened Cross Country season they are offering!

While offering health tips, there are many ways to stay hydrated on hot days and nights. TIME Magazine offered this interesting article on "the best way to stay hydrated." Check it out: it's worth reading! Staying Hydrated.

On August 20, 2020, Coach Thompson conducted a 3200m Time-Trial on the track at Cherokee and the "weather gods" were with him and the team! In a record-breaking summer of hot temperatures and driving rain storms, Marlton was unusually cool and blessed with low humidity but the team did what they could to heat up the track in their first fast exercise of the season!

Our photographer, driven only half-crazy by the restrictions of the virus, showed up and took a slew of action pictures during the run! Unlike the coach, he's not especially interested in the times! Viewing through his lens, he looks for determination, competitiveness, focus, confidence, a smooth running style, and other personal qualities that coaches find hard to teach. Those qualities make for good pictures AND great runners!

Faster than an Olympic sprinter, he edited and saved over 250 pics from the Trials and all will be given to you at the end of the season. However, here are a few selected at random from the file! He hopes he caught you displaying some of the personal qualities of great runners mentioned above! (Click on the thumbnails for larger versions.) 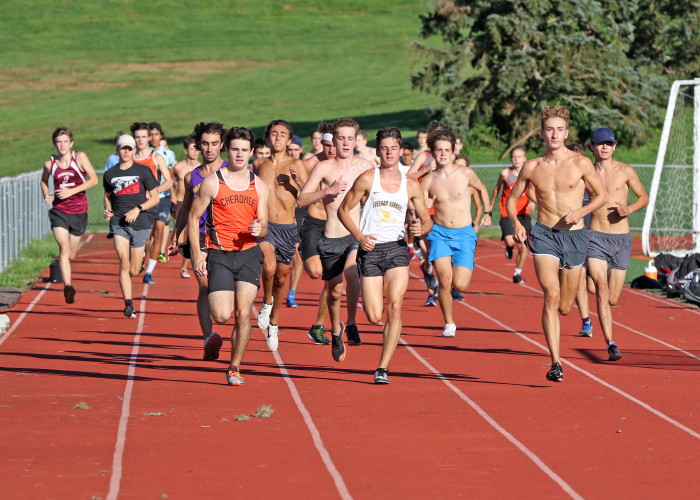 This year, the coaches selected two Senior veterans as Team Captains: Brett Shea and Nico Grilli! Both began their running careers in Middle School and with the Marlton Rec Program so they are well-schooled in what it takes to lead a team and to win! GO BRETT! GO NICO! 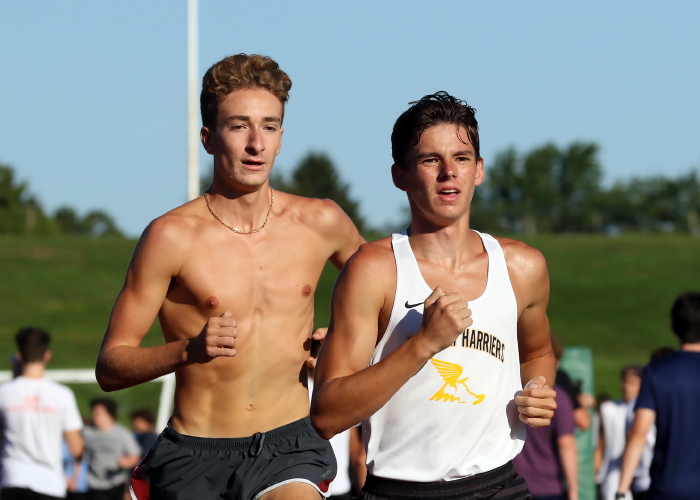 Back in the day: the Captains at RunningWorks Camp before their Freshman year! Frequently, counselors armed with riot water cannons were assigned extra patrols just to keep infatuated women away from their cabins! (Click on thumbnails for larger versions.)

Since last Spring's Track and Field season was canceled by the Coronavirus, reporting from NJ.MileSplit, New Jersey's fantastic website devoted to Cross Country and Track and Field, has taken a nosedive. To stay relevant, however, the site uses its incredible resources and puts together various articles on our sport. "Top Returning Seniors" . . . "Top Returning Juniors" . . . "Top Times by Returnees to Holmdel's Championship Course" . . . "Top Photographer to Shoot at NJ Cross Country Meets" . . . and their most recent, "Boys Delsea Course Returners," a list of 655 returning athletes who competed on Delsea High School's 5,000 meter course at one time or another. If you've been there, check out where you rank at: NJ.MileSplit.

On August 27, 2020, the team met at Cherokee for the last supervised practice until Mid-September and an unusual incident occurred! Our photographer was shooting at the top of the Cherokee Challenge hill and he noticed a large bird moving towards his location! A hawk? An eagle? He took several quick pics but had to shoot into the light and he expected the results would be sub-par! Then, portending some future event . . . an omen, perhaps . . . the bird landed on the baseball backstop directly above him! Very unusual . . . what is that bird and what's the message here?

Yikes! It was a Turkey Buzzard, a carrion eater drawn to dead or dying life forms! At the top of the Cherokee Challenge hill?! What was it waiting for?

Our photographer shot again but had the same problem with the bright backlight. Then he thought, no self-respecting buzzard would wait for "dying" cross country runners: most of them have so little fat that gnawing on those bones would be a waste of time! He looked around, saw that only he remained, and realized that his substantial body would feed a family of buzzards for a week . . . hmmmm, so he left! 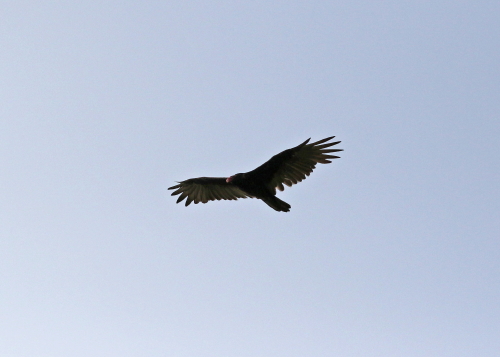 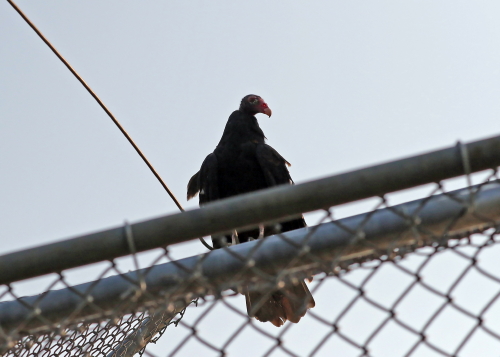 This time our photographer showed-up at another team practice . . . "Practice . . . practice . . . we talkin' about practice, man . . ." (Google that classic sports comment, youngsters!) and shot around 300 pics. He edited and saved about 150 and then selected the following for the site. There's no particular reason for "making the cut" except, perhaps, to have a decent shot of every team member! And, of course, to post something that team members might like to share with others . . . "Mom . . . Mom, I made 'THE BIGS'"! 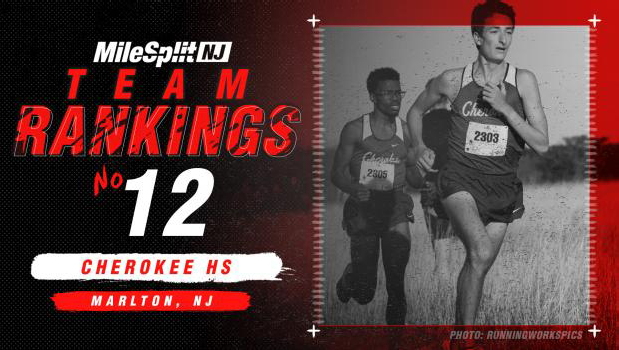 Everyone is excited about the Cross Country Pre-Season Ranking . . . well, not everyone. The problem with pre-season rankings is the lack of facts supporting these rankings. What did they do last year and who's returning?! This year is even more difficult because no one raced in the Spring! So who belongs to a team that has a history of winning? Who trained well over the summer? Who quit? Who's injured? Etc.!

Recently, NJ.MileSplit took a shot at it and ranked Cherokee 12th on their evolving list. The key to their assessment is the graduation of four of the team's top seven runners, normally a killing blow to a team's future prospects. But we'll see if they're even close!

The complete article is available at: NJ.MileSplit but here are the key points:

Comments: The 2019 Group 4 Champions, before states they dominated at Burlington and Olympic Conference. They secured a fourth place podium position averaging 16:30 at the Meet of Champions after their Group 4 title run and finished out their fall season with a sixth place run at Northeast Regionals. . . . The talent that moved on through the graduating class definitely hurts, four of their top seven and their No. 1 runner Ethan Wechsler, but Cherokee has a great program and plenty of quality harriers ready to step in. Nico Grilli and Brett Shea both under 17 minutes at Holmdel ready for big senior seasons.

OK, we made-up that title!

A few days ago, several RunningWorks counselors and former-counselors -- mostly guys in their 20's, 30's and 40's -- were talking about a "check-your-condition" 5K race on a track somewhere and the Timber Creek Invitational was born! Our photographer, RunningWorksPics, heard about it and, even though it was scheduled at ridiculously near-dark 7 PM, he showed-up hoping to catch some of the action!

Low and behold, a current Cherokee athlete decided to take advantage of the opportunity to run with some of the best older runners in the region!

A long, long time ago, back before any of our current athletes were born -- really, December, 2001! -- LetsRun conducted a months-long survey to determine what their readers thought was "the best running movie of all time." In this era of Coronavirus, Social Distancing and Quarantine, we wonder if our current athletes will accept their conclusions, will select one of the others on that "ancient" list, or if they will select a newer movie to take the winner's place?

LetsRun ignored Hollywood insiders, newspaper critics and Academy voters. They surveyed hard-core runners and came up with this list:

9. Loneliness of a Long-Distance Runner

1. Steve Prefontaine: Fire on the Track

LetsRun says "Fire on the Track is a documentary on Steve Prefontaine, America's top distance runner in the 1970's whose front running style, brashness, and American records from 2,000m to 10,000m captivated the American track public like no other distance runner."

Clearly movies about distance runners prevailed in this survey -- are there other movies about throwers and/or sprinters that should be included? -- but the emphasis on dedication, toughness, overcoming incredible odds, etc., can be inspiring to all athletes, maybe to all people who want to be great at something!

Perhaps, along with all the virus routines, team members can conduct their own movie review and decide whether Fire on the Track is still the winner, if one of the others is better, or if something new has emerged since 2010?!

The original article on the "Best Running Movie of All Time" is available at LetsRun.