Despite the state's shifting view of the Coronavirus and the uneasy situation that all sports teams face in New Jersey, Cross Country made it through an abbreviated season and now only the NJSIAA South Jersey Cross Country Sectionals at DREAM Park remains! GO CHIEFS!

As in the past, the South Jersey Track Coaches Association ranked the Top-10 Cross Country teams in South Jersey and, on November 4th, the Association announced their most recent list. In it, the Chiefs were again ranked 3rd behind Haddonfield and Cherry Hill East, and they were followed by Washington Township, Highland, Ocean City, Shawnee, Kingsway, Haddon Township and Moorestown. The final ranking will come next week after Sectionals. GO CHEROKEE!

On November 9, 2020, the delightfully compulsive Reuben Frank posted a long list of the All-Time Fastest Teams at DREAM Park. In it, he listed four Cherokee teams that made the list, including the # 1 Team! This list is Pre-Sectionals where there is likely to be quite a few changes. In addition, he also listed The Fastest Single-Race Team Times run so far in the three years DREAM Park has been in use. All the details are available at the SJ Track Blog

On November 13th, 2020, in the lead-up to the State Sectionals, NJ.MileSplit posted its Boys Top-20 Team Rankings and Cherokee was in 11th place, with Cherry Hill East in 6th! Much of this was based on the Chief's 3-point loss to East at the Conference Championships but the boys will meet East again tomorrow at Sectionals! GO CHEROKEE! Details at: NJ.MileSplit. 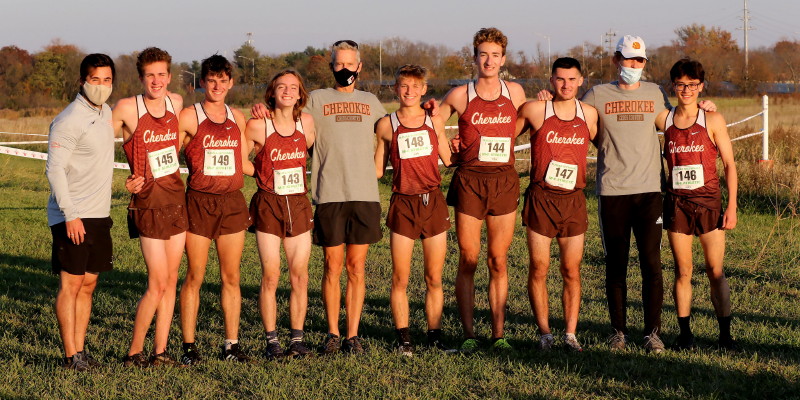 On November 14, 2020, the Varsity team returned yet again to DREAM Park for the NJSIAA South Jersey Cross Country Sectional Championships and this time they "showed-up" big time! 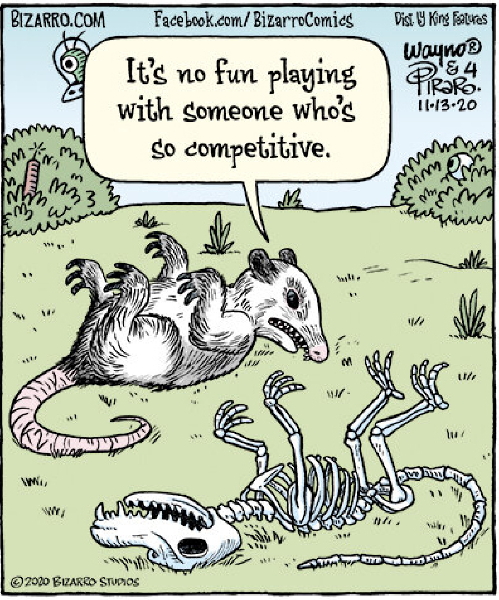 The "Phantom Coach" sent the following comments on the meet:

"When it was announced back in the summer that Sectionals would be the last NJ state competition of this Coronavirus year, it became the team's goal to win that title! Even though Cherry Hill East was a clear favorite coming into the season, we knew we had the potential to challenge them if we stayed focused, trained appropriately and raced tough."

"In the first Batch Meet of the year, on October 3rd, we saw how good Cherry Hill East was as they put 3 runners in front of our 2nd man, 4 in front of our 3rd, and 6 in front of our 4th! It was a convincing win by the Cougars but we still saw the potential to close the gap.

"We did not face East again until the Conference Championship on October 24th. In that race, East still put 6 runners in before our 5th man but we had closed the gap significantly, finishing 2nd, only 3 points out of 1st! With three weeks until Sectionals, we really focused on prepping for a run at East!

"On race day, the first thing of note was the horrible condition of the course. After 3 days of rain, the DREAM Park course (which is questionable on a good day) looked more like the Nightmare Park course! With seven races having run before us, we took to the course under the worst conditions of the day. There was no way to avoid the mud, the divots and the standing water on the sloppy, soft, slow course!

"Despite the tough course conditions, the boys were excited, confident and determined! However, when the gun went off, East went out aggressively and, had the meet been scored at the first mile mark, East would have won decisively and we would have finished 3rd (behind Southern)! However, our motto all year was to run smart in the beginning and tough in the end, and our seven Cherokee athletes were doing just that! They moved up impressively over the last mile of the race and, in the end, we had 2 athletes -- Nico Grilli in 3rd and Brett Shea in 6th -- in front of the first East runner; 3 more -- Patrick Ditmars in 11th, Dylan Odud in 12th, and Conor Jacob in 16th -- in front of East's 4th; and our 6th man, Freshman Nick Kuenkel in front of East's 5th runner!

"The result was a convincing win for the Chiefs, finishing with 48 points while East took 2nd with 63 points. For good measure, our 7th man, Bradley Popler, finished in front of the 7th runner from 12 of the 13 teams in the race! He also affected the scoring by beating top-5 runners from 11 of the 13 teams!

"The main factor in our upset victory was the focus, determination and toughness exhibited by each Cherokee athlete!

"Our choice for Runner of the Meet exemplified this. Brett Shea really set the tone for the team victory with his outstanding race! In our first two races against East this season, Brett was bested by 3 East athletes in the first and 2 East athletes in the second. On this day, in the most important race of the year, Brett finished 6 seconds in front of the first East runner! His well-executed, focused, determined run was certainly worthy of this award, GO BRETT!, despite the fact that his teammates had similar races. Nico did a great job holding off several runners over the last 1K! Patrick set a new PR despite the horrendous course conditions and showed more focus than ever! Dylan chased down runner after runner over the 5K course, passing his last victim a few steps from the line! Conor ran tough over the last 1K to pass several runners and secure the team victory! Nick came through with his best race of the year and also set a new PR despite the sloppy course! And, as noted early, Bradley beat many scoring athletes from other teams, adding negative points to their score!

"This was our 2nd consecutive Sectional win and the 10th in school history! It was, however, the first victory in which we did not come in as the favorite, making it extra special and something to remember!" 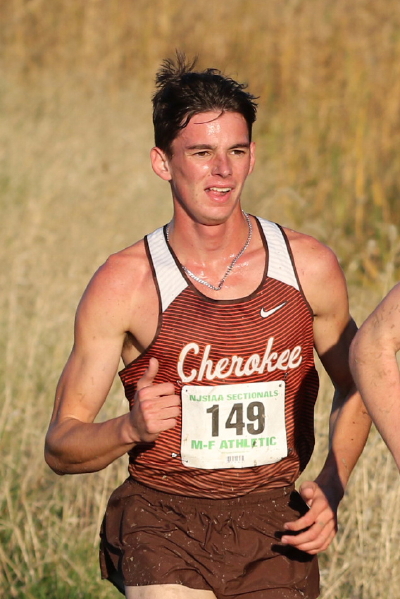 Official details including results, pictures and videos at NJ.MileSplit.

In his blog, Reuben Frank commented on the race. A copy of his remarks is also available at Cherokee tops Cherry Hill East and Southern in tight battle between three N.J. top-15 teams!!!. Again, really, Roob, it ain't easy taking consecutive South Jersey Group 4 Sectional titles, three in the last five years, and ten titles since Coach Shaklee took over the program 20 years ago, and you give it only three exclamation points in your curious grading system???!!! Where's the love, Roob?

In the Medford Central Record, Sports Reporter William H. Kile III commented on the race. A copy of his remarks is also available at Cherokee defends title with 10th Sectional crown.

In the The Sun Newspapers, Writer Ryan Lawrence reported on the twin victory of both Boys and Girls teams at Sectionals. An edited copy of his remarks is available at History in the Making.

On November 21, 2020, while the rest of the team went into their "rest and foundation-building phase for the next season," Senior Captain Nico Grilli wanted "one last crack at it," this time against some of the state's top racers in the Oak Ridge XC Invitational in Clark, NJ! Nico had never seen the course before and, possibly, he had never experienced the kind of fast start they had in the race there! The first mile, and more important, the first 800m, was very fast but Nico stayed with the leaders until late in the race! Unfortunately, with about a 1/2 mile remaining, the fast pace took its toll and Nico lost contact with the lead pack, finishing 30th in a field of 113!