"Little Mac" is Matt McCarroll, second son of Mike and Donna McCarroll, and, between 2006 and 2010, a standout on Cherokee's Cross Country and Track teams. He did a little studying on the side and, after he graduated, he entered the University of Pittsburgh as a Chemical Engineering major! At Pitt, he gave up competition on a varsity level but continued to run road races and the like with his friends and his older brother, Steve, another former Cherokee runner. Everything was going incredibly well until August 5, 2012 when he dove into a friend's pool, fractured his C5 vertebra, and damaged his spinal cord. In December, after weeks at Cooper University Hospital in Camden and months at the Magee Rehabilitation Facility in Philadelphia, Little Mac returned home where he continues his long journey back to health and independence.

For those of you who didn't know or don't remember Matt, here are some pictures skimmed from the cross country pages of this webpage. They go through the 2006 and 2009 seasons! 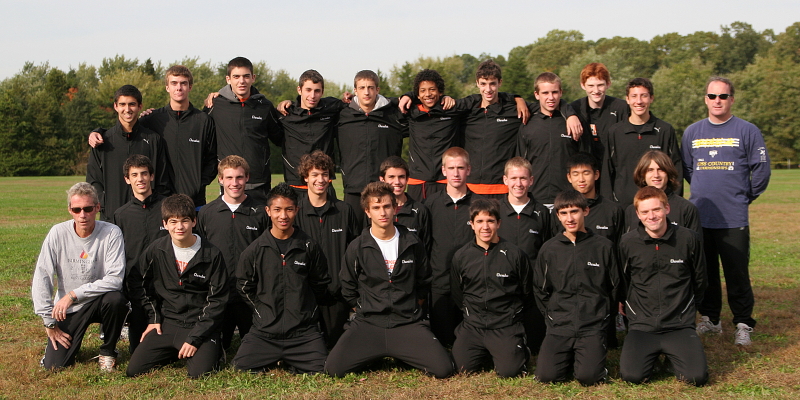 On April 14, 2013, Matt McCarroll was honored for his courage after his accident during the Adam Taliaferro Foundation's Player of the Year Luncheon and this was reported in the Courier-Post! The article is no longer available at the CP website but the article is available at: McCarroll Honored.

"Little Mac" Goes Back to School

In the Fall of 2014, though still wheelchair-bound, Matt returned to Pitt to continue the monumental effort of completing his education, and recently, friends and family celebrated that effort at a Going Away Party in Matt's honor. Here's a picture of Matt and (largely) some Alum parents at the send-off party. 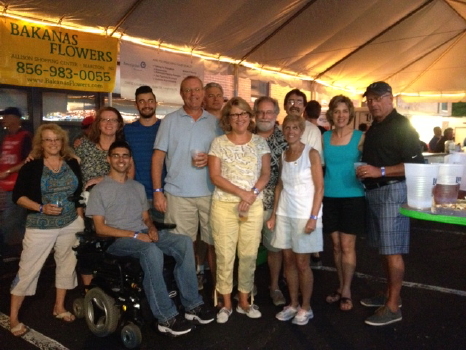 In December, 2015, the team held its annual Cross Country and Track and Field Reunion at the Marlton Inn and Matt was among the attendees! Still wheelchair bound, he was in good spirits as he recounted his life at the University of Pittsburgh. He expects to graduate soon and plans to attend graduate school! GO MATT!

Return to the Main Page for Cherokee Cross Country and Track & Field.