For Cherokee High School Track, the winter season is always a low-key affair, focusing on strength training. The distance squad emphasizes base training, while the sprinters and weight men stress skills and technique. They participate in a variety of meets and, while they want to do well, there isn't the same pressure to succeed. It is, then, a time for regrouping and reconditioning.

Picture taking is especially difficult during the winter because of the darkened indoor conditions. Here are a few pics taken at the Lavino Relays at Lawrenceville Prep in January by Pat Montferrat of MySportsShot.com, a friend of Cherokee Track and Field. 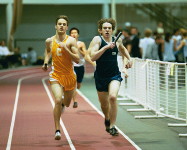 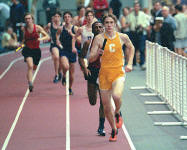 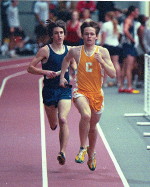 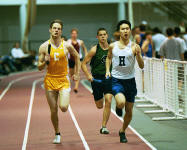 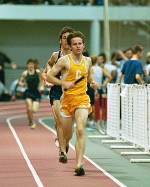 On February 22, 2004, Senior Kevin Cuneo, and Juniors Tom Yersak and Matt Dolan did some training while running the Glassboro 10 Miler, a road race that winds through the farmlands of South Jersey. Somewhat unexpectedly, Tom Yersak ran his workout "in the 50's" and took second place in the race! 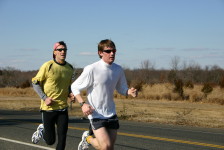 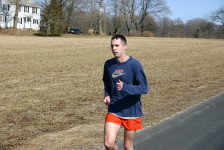 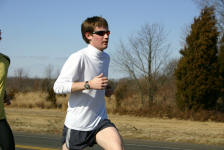 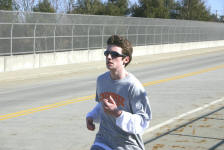 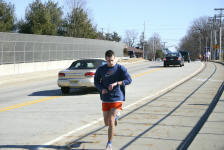 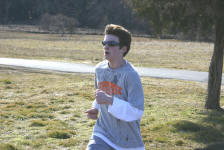 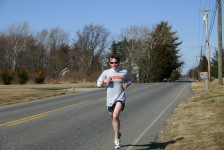 Two Cherokee athletes competed in the New Jersey State Indoor Meet of Champions at Princeton on February 29, 2004. In the 400m, Alex Whirledge won his heat and took 4th overall, running 51:07 on the notoriously slow track at Jadwin Gym! In the 3200m, Nick Freeman ran 10:09.71 in an unsuccessful attempt to set a PR at the meet. Again Pat Montferrat of MySportsShot was there to capture a few images of the action. 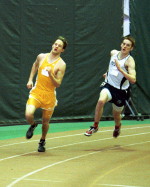 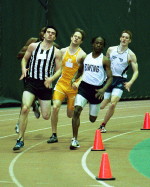 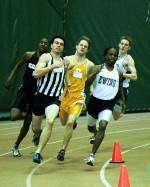 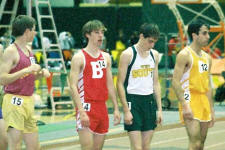 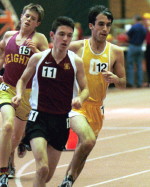 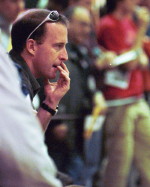 It was an uncomfortable day for outdoor Track - the ground soggy wet, the temperature close to freezing, and winds between 5 and 10 MPH - but Cherokee met Timber Creek on March 17th in an abbreviated runners (no field events) meet. All the athletes ran multiple events as they prepared for the up-coming season.

On Saturday, March 20th, the distance squad met in Haddonfield to run the Bancroft 5K race as a workout, and many did quite well. Indeed, in a race with over 580 competitors, Tom Yersak (finishing 9th overall, 15:55), Greg Bredeck (11th overall, 16:01) and Nick Freeman (14th overall, 16:21) took the first three places in their age group; and with Sean McLaughlin (21st overall, 16:35) and Will Andes (29th overall, 16:54), they also won the high school team competition. Complete results at: Bancroft 5K

The Chiefs met Rancocas Valley at home on March 25th and the team looked good. Again, for training, all the athletes competed in multiple events. Alas, the day was dark and the pictures are somewhat less than perfect. Here are a few that were saved:

Return to the index for Track Pictures