By late January, the winter season was half over but the weather took a dive: temperatures that had before reached well into the 50s now stayed below freezing throughout the day! Still, the team continued to train looking forward to several of the winter championships and, then, the return of nice weather. The main focus, however, stayed on "rebuilding the base" and strength training, and on skill-development and conditioning for the upcoming Spring campaign. GO CHEROKEE!

On January 27, 2013, word filtered back to the masses that, after visits to four states, our weary traveler returned to the Chiefs' Lair. Welcome home! Now get back to work . . . and no ice fishing! 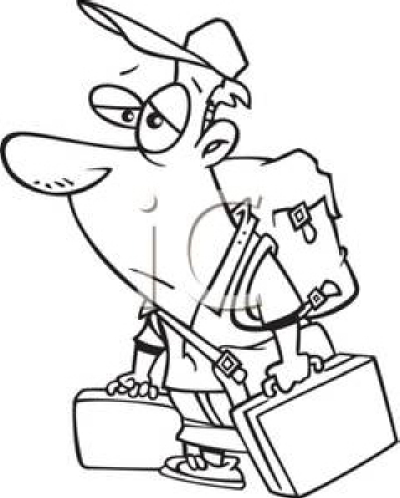 SJTCA Meet # 5 and the Poreda Invitational

On January 30, 2013, the team split into two elements, one traveling to the not-so-grandly-named South Jersey Track Coaches Association Meet # 5 at the Bennett Center, while the second bussed to The Poreda Invitational at the Lawrenceville School. At the South Jersey meet, Cam Rabinowitz and Anthony Marrazzo raced competitively and PR'd by 5 and 13 seconds respectively in the 1600m Run, while Carlo Lingesso raced aggressively and scored a huge PR in the 800m Run! Mike Conway did well in the Shot Put, throwing 45' again; and Mike Gallo and Zach Piotrowski had nice performances in their legs of the 4 X 400m Relay! At Poreda, the big story was in the Sprint Medley where Cherokee's athletes handled the baton "with the skill of Leonard Bernstein!"

Details from both meets at NJRunners/MileSplit: SJTCA Meet # 5; and Poreda. The pictures below are from the South Jersey Meet.

On February 5, 2013, Cherokee hosted the 4th Annual South Jersey Throw Down, Meet # 4 for Shot Putters in the area and Senior Mike Conway took 6th in the Varsity competition with a throw of 44' 08"! Details at: NJRunners/MileSplit.

On February 7, 2013, Cherokee's Shawn Wilson announced his decision to attend Syracuse University in the Fall! Shawn narrowed his interests to five schools and visited each before he chose Syracuse. There he found what he expects to be a great combination of academic opportunities and a strong distance program! Best wishes to both Shawn and Syracuse . . . may they serve each other well!

The drawing below is said to picture Shawn (seated in the middle) surrounded by coaches and athletes, including Alum Darren McCluskey (tying his spikes at the right), during his recent visit to Syracuse. Coach Fox is shown offering Shawn a woolen blanket which he will surely need in that frostbitten hellhole! 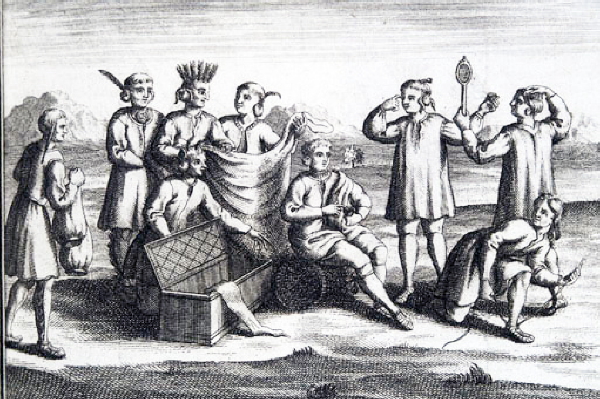 This second picture found by "First Responders" in a camera on the body of a distance runner who had perished in the snow. If you look real close, you can still see "Help Me" etched in the ice! 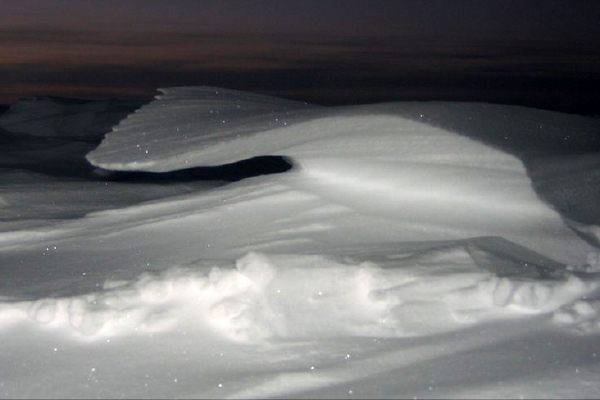 On February 10, 2013, the best of Cherokee's team returned to the Bennett Center in Toms River for NJSIAA's South Jersey Group IV Sectional Championships and many of them gave their best performances of the season!

Among the sprinters, Mike Gallo ran well in the 55m High Hurdles, dipping under 8.8 again; and Duane Johnson, Javon Bell and Shawn Tracey also ran solid in the 55m Dash, with all three coming very close to qualifying for the Finals. In the 400m Dash, Mike Hare placed 13th with a respectable time and newcomer Tyler Kurzawa (a.k.a. Kyle Kosarski) who ran a PR of 56.96.

Among the distance runners, all three 800m runners -- Brandon Illagan, Zach Piotrowski and Noah Gill -- ran tough and competed hard with Brandon and Zach winning their respective heats! In the 1600m, Kaleb Burch ran his best race of the winter to place 9th with a new indoor PR; and in the 1600m and the 3200m, Shawn Wilson ran tactical races to win both and showed his strength in both races by closing in sub-30 seconds over the last 200m!

In the field, Mike Conway proved his mettle in the Shot Put when he took 6th among a strong group of competitors!

Meet details are available at: NJRunners/MileSplit

Before posting the regular pictures, this shot of Shawn Wilson was sent by an observer who suggested Shawn may have lapsed into unconsciousness from the odor of the shoes near his head but, upon further investigation, we learned he was resting between his 1600m and 3200m races!

On February 16, 2013, Cherokee's two qualifiers for the NJSIAA State Group IV Championships returned to the Bennett Center but all did not go well! Indeed, one observer described the experience as a "train wreck!" 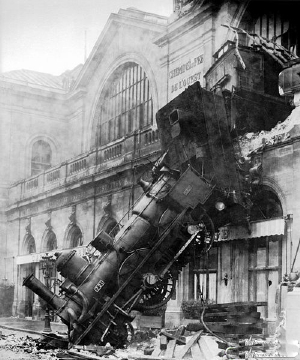 Cherokee's top Shot Putter Mike Conway, apparently following the idea that he had to "go big or go home," had the unusual experience of fouling three consecutive times and failing to mark in the event! Distance star Shawn Wilson suffered unusually bad luck in the 1600m race when, running "tactically" in the seeded heat, his first place finish in that heat was .17 second slower than the winner of the second heat! Later, Shawn raced the 3200m but, in one of the most unusual races of his young life, he fell off the pace and finished in 5th! Fortunately, Shawn advanced in both events and can choose his race at the upcoming Meet of Champions! GO SHAWN!

No pictures of Mike because they contest the event in another building but here are some of Shawn:

On February 19, 2013, Cherokee hosted the 4th Annual South Jersey Throw Down, Meet # 5 for Shot Putters in the area and Senior Mike Conway took 9th in the Varsity competition with a throw of 43' 11.50". Details at: NJRunners/MileSplit.

On February 23, 2013, Cherokee's lone qualifier for the NJSIAA State Meet of Champions returned to the Bennett Center and surprised his competition by winning a spot in the top 6 from the unseeded heat! Last week at Groups, Shawn Wilson ran a "tactical" race that backfired when his competition in the previous unseeded heat ran 0.17 seconds faster than him and won the State Group IV championship. Indeed, that time was so slow that, this week at the MOC, Shawn was forced to compete in the unseeded heat but this time his tactics changed. Shawn took the lead from the beginning and ran alone in front for most of the race. With about 400m to go, a competitor took the lead but Shawn outraced him to the finish line! His time of 4:21.33 was good enough to displace the 5th man in the seeded heat, and he was the first public school boy to finish the race! Details at: NJRunners/MileSplit.

On February 25, 2013, Cherokee's lone qualifier for the 79th Eastern States Championships traveled to the legendary Armory Track and Field Center in New York City where he entered the 2 Mile Run. Competing against several top runners from New Jersey -- Ben Malone and Josiah Hanko -- and specifically from South Jersey -- Jimmy Daniels and Kyle Kroon -- Shawn decided to take the lead from the beginning and not get caught-up in one of those "tactical" races! This worked well until the last few laps when he was overtaken and forced to take 4th in the race . . . harumph! According to the Burlington County Times, his time, 9:31.48, converts to an indoor PR of 9:28.17 for 3,200 meters, ninth-fastest in indoor county history. Details at: MileSplit/NY.

Return to the Main Page for Cherokee Track & Field.